With environmental taxes and incentive taxes, the cantons are attempting to reduce energy consumption. The effectiveness of such measures has been investigated by economists at the University of Lucerne on the basis of two examples. And they have come to a sobering conclusion.

With the objective of guiding private transportation in a more efficient direction, many cantons have introduced environmental vehicle taxes in recent years. A tax discount for energy efficiency or low CO2 emissions should provide incentives for the purchase of more economical vehicles.

The incentive tax on electricity with which the canton of Basel-Stadt has rewarded economical consumption since 1999 has a similar objective. This measure sees the city canton charge a tax on every consumed kilowatt hour of 8 % of the price. The money is redistributed to households and businesses in the form of an annual bonus.

Both environmental instruments are underpinned by a classic market law: when prices increase, the quantities demanded decline. By adjusting the effective prices, it should therefore be possible to guide energy demand. That is the theory at any rate. In practice, however, it turns out that consumers are not so easy to influence. This is shown by economists from the University of Lucerne in two studies on vehicle taxes and the Basel electricity incentive tax.

Using a so-called structural econometric model, the researchers simulated how customers weigh up various criteria when purchasing a car. A key criterion here are the costs – alongside the purchase price, these also include the vehicle taxes.

The model takes account of new car registrations between 2003 and 2012 and attributes temporal and cantonal differences in the market shares of the models and brands to the influence of tax incentives. These differ from canton to canton and have been introduced at different points. As there are also cantons without environmental tax incentives, the model is able to exclude changes that have nothing to do with the taxes.

The researchers also investigated the statistical relationship between the tax incentives, the specific level of fuel consumption and driving behaviour. This is because economic theory is also familiar with the so-called “rebound effect”. This states that an energy-efficiency measure can also have the opposite effect to that which is intended. Specifically: improvements in transport efficiency make driving cheaper, meaning that the savings are partially offset by additional journeys.

The second study investigated the impact of the Basel incentive tax on electricity consumption. In order to determine how high consumption would have been without the tax, the economists used a little trick: from the data of 34 other Swiss cities without a corresponding tax, they put together an artificial city that represented Basel prior to the implementation of the electricity tax. Electricity consumption without the incentive tax could then be read on the basis of this hypothetical Basel.

According to both studies, neither the incentives for the vehicle taxes nor the electricity tax had the expected impact on energy consumption. The tax in Basel only led to an electricity saving of around 3 % and even this effect is not statistically sound. In terms of car sales, the environmental incentives do not appear to have any effect whatsoever. However, the feared rebound effect did not materialise. Nevertheless, the fact that car drivers were not tempted to undertake additional journeys due to the more economical cars is scant consolation.

Interestingly, while the vehicle market responded to differences in the purchase price, it did not react to tax incentives. This observation was noted despite both mechanisms being incorporated in the final costs. The researchers believe that this contradiction arose because the price signals were not received by the customers. This is because the costs of the taxes are incurred over years following the purchase and are not stated on the price tag. As car salesmen tend to avoid the topic of taxes, customers often only become aware of these costs upon registering the vehicle.

According to the interpretation of the researchers, the poor performance of the Basel incentive tax is also to do with the perception of consumers. This is because the introduction of the incentive tax was structured in such a way that electricity bills hardly increased overall. The researchers opine that the authorities and the media did not do enough to highlight how worthwhile it was to save electricity with the new tax.

While the negative results may be disappointing, they also provide a valuable lesson, say the economists: in order for energy-saving incentives to have their desired effect, it is key that the full costs are clearly and unequivocally evident in the price and are clearly visible at the time of purchase. 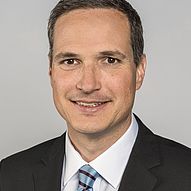 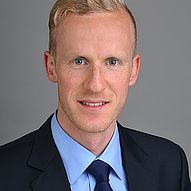 All information provided on these pages corresponds to the status of knowledge as of 17.06.2019.