Seasonal energies, such as solar energy, must be stored if they are to be available at all times. One solution is the power-to-gas technology, which uses renewable energy to produce methane. This gas can be stored, transported and used for energy production whenever necessary. This process has been known for a long time, but is now being looked at more closely: researchers at the Swiss Federal Laboratories for Materials Science and Technology (Empa) in Dübendorf hope to improve the technology and make it more efficient.

Seasonal storage facilities are a necessity if nuclear power plants in Switzerland are to be replaced by renewable energies as part of the Energy Strategy 2050. Gases such as hydrogen and methane are suitable for this process. The production of renewable methane is particularly interesting in the Swiss context for two reasons: firstly, methane can help bridge the seasonal fluctuations of renewable energies. And secondly, Switzerland's gas network is already well developed, allowing methane to be distributed by means of the same infrastructure as today’s natural gas.

Yet, in order to be able to compete with other storage methods, production efficiency must be enhanced. This includes the efficiency of the chemical reaction itself as well as long-term efficiency, which, among other things, hinges on the life span of the catalysts. The latter depends both on the specific process and on the impurities present in the raw materials. Carbon dioxide from industrial sources contains sulphur compounds which act as catalyst poisons. This means that the catalysts age more quickly. These problems can be mitigated by means of a novel process. As part of this research work, the methane production process has been raised to a technical level at which, in a next step, industry will be asked to invest in the new prototype methane reactor.

From carbon dioxide to methane

By this method, excess renewable energy is used to produce methane from the carbon dioxide generated by industrial sources such as the cement industry or biogas plants. In this process, methane only acts as an energy carrier. Its chemically stored energy is converted into electricity or heat when these cannot be provided by renewable sources, for example in winter. The process occurs in two stages: the "power", i.e. the fluctuating renewable electricity, is converted into the chemical energy of hydrogen by dissociation of water (see the solar-to-gas technology). Hydrogen is an efficient energy carrier, but is not compatible with today's natural gas infrastructure. To produce “renewable natural gas” (‘synthetic natural gas’), carbon dioxide and hydrogen are fed into a reactor, where, under the appropriate pressure and at the suitable temperature, they react with the help of catalysts and are turned into methane. If the carbon dioxide originates from sources such as waste gases from the cement industry or biogas plants, tiny impurities such as sulphur dioxide can penetrate the reactor and reduce the service life of the catalysts. Either complex filtration procedures or chemical processes with resistant catalysts are used to solve this problem.

The so-called conversion rate is an important factor in the production of methane (CH4) from carbon dioxide (CO2) and hydrogen (H2). In a chemical reaction, this rate defines how much of the starting material can be transferred to the product. In the case of methanogenesis, the question is: how much carbon dioxide can effectively be converted into methane? Until now, this rate was equal to 90 percent, which sounds like a satisfactory rate but is not sufficient if the methane is to be fed into the existing gas pipelines for distribution. The smallest impurities would attack and corrode the pipelines.

In order to solve this problem, Andreas Borgschulte and his team have searched for a method allowing the conversion rate in the reactor to increase to 100 percent. They have succeeded in doing so by adding a sorbent to the system. This agent absorbs excess water during the reaction, thus enhancing the conversion. The newly developed process not only produces purer methane, but also makes for milder reaction conditions. For example, while conventional reactors need to be pressurized, this is no longer necessary in the new ones, as the processes occur at normal ambient pressure, saving energy and money. For the construction of a reactor, expensive steel can now be dispensed with and replaced with cheaper aluminium. The team has built and put into operation a 1 kW reactor that makes use of the new sorption catalysts and displays an improved conversion rate. The method has now reached the technical level rated "Technology Readiness Level C" by the Swiss Federal Office of Energy (SFOE), which means that industry can now begin using prototypes involving this new technology for its own purposes.

In Switzerland, the carbon dioxide for methane production is to be collected in places where it occurs in high concentrations, for example cement factories or biogas plants. The filtering process is 18 percent more efficient under such conditions than when carbon dioxide is extracted from the air. However, this CO2 has one disadvantage: it is sometimes contaminated with sulphur dioxide which causes premature degradation of the catalysts in the reactor. Until now, these sulphur dioxide impurities have been a major issue in the production of methane. However, the researchers have now discovered tungsten sulphide catalysts, which are relatively resistant to the effects of sulphur dioxide. This prevents ageing of the catalysts and improves the long-term (economic) efficiency of the process. However, these catalysts do not yet achieve the desired conversion rate. The extrapolated price for renewable methane is 30 centimes per kilowatt hour. At the present time, the price for natural gas is approximately 3 centimes per kilowatt hour. The researchers believe that without political control, renewable gas will never become competitive. They therefore recommend that the state create incentives or levy taxes on fossil fuels in order to advance power-to-gas technology. 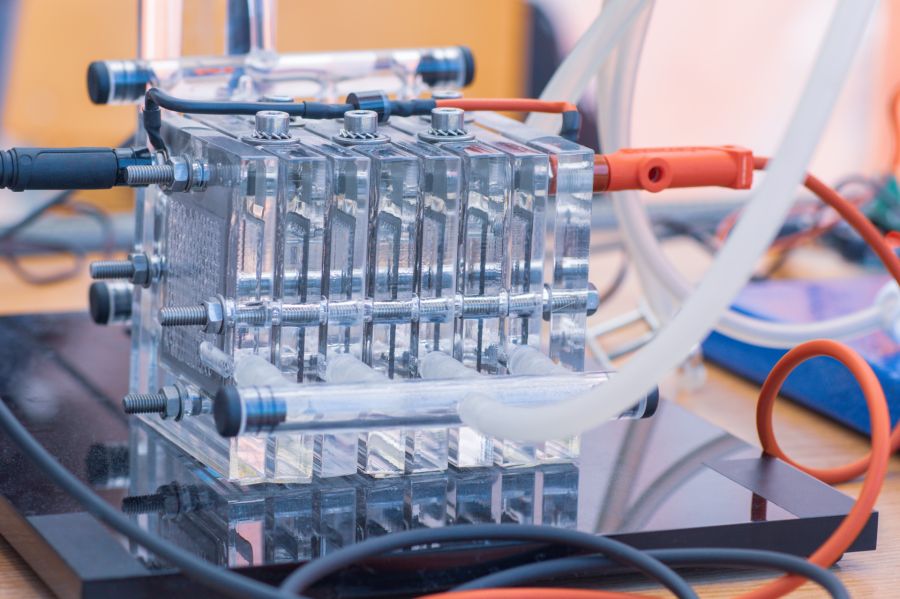 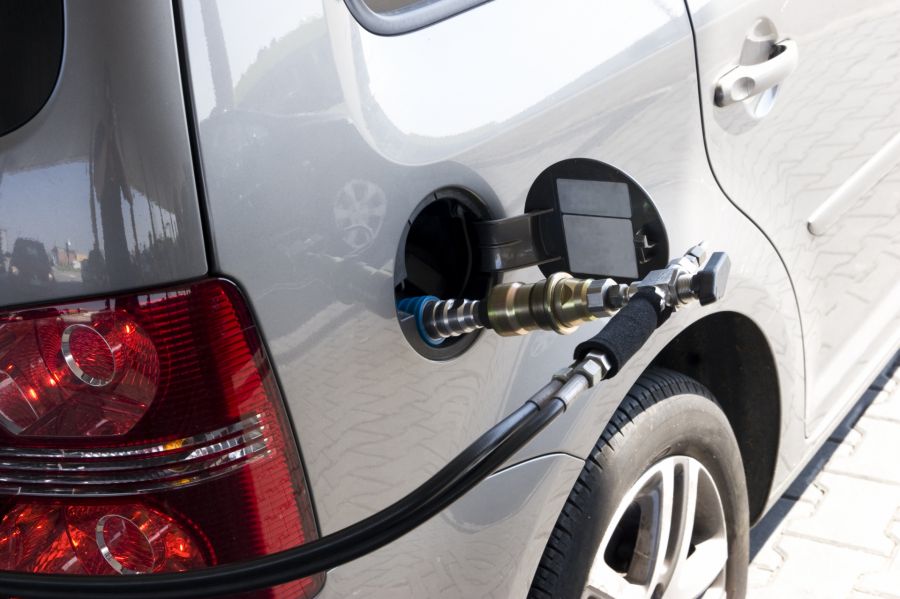